Typically we don't use articles with city names. I know at least one exception though which is The Hague. I don't believe the "The" in "The Hague" is an article as such. It is part of the name itself. There's also The Hyde and The West End in London. But I think the answers dealing with countries/states cover this question too, so it's a dup. Let's not forget The Gambia, in Africa, In addition to The Hague and The Bronx, there are a few other minor English place names that still include a definite article, including The Plains, Virginia, and The Dalles, Oregon. In the instance of The Hague/Den Haag, which is the colloquial term for 's-Gravenhage (truncated from des Gravenhage), the descriptor translates to something like the Royal court. Other places dropped the article long ago after the descriptor no longer had the same conveyance. (For example, the city of Bath in England was known as Baðum - at the baths.)

As a conclusion, one can probably hypothesise that having a city name starting with an article is unnatural to English and that whenever it does happen it is only as the result of the literal translation of an original article included in the place name in its home language.

The definite article – the

The definite article the is the same for all genders in singular and in plural.
• the boy
• the girl
• the cat
• the computers

General words (indefinite)
• Life is too short.
• I like flowers.

General words (definite)
• I've read a book on the life of Bill Clinton.
• I like the flowers in your garden.

Names of persons on the singular, relatives
• Peter and John live in London.
• Aunt Mary lives in Los Angeles.

Family names in the plural
• The Smiths live in Chicago.

Public buildings, institutions, means of transport (indefinite)
• Mandy doesn't like school.
• We go to school by bus.
• Some people go to church on Sundays.

Public buildings, institutions, means of transport (definite)
• The school that Mandy goes to is old.
• The bus to Dresden leaves at 7.40.
• The round church in Klingenthal is famous.

Names of countries in the plural, mountain ranges, regions
• the United States of America
• the Netherlands
• the Highlands
• the Rocky Mountains
• the Alps
• the Middle East
• the west of Australia

Groups of islands
• the Bahamas
• the British Isles
• the Canaries

Names with of-phrase, names in plural, well-known buildings, oceans, seas, rivers, musical instruments, newspapers
• the Statue of Liberty
• the Tower (of London)
• the Great Lakes
• the Empire State Building
• the Isle of Wight
• the Atlantic (Ocean)
• the Mediterranean (Sea)
• the Nile
• the Rhine
• the Suez Canal
• the piano
• the Times

Months, days of the week (indefinite)
• The weekend is over on Monday morning.
• July and August are the most popular months for holidays.

Months, days of the week (definite)
• I always remember the Monday when I had an accident.
• The August of 2001 was hot and dry.

We use the seasons of the year (spring, summer, autumn, winter) with or without the definite article.
• in summer
• in the summer
• the fall (American English) 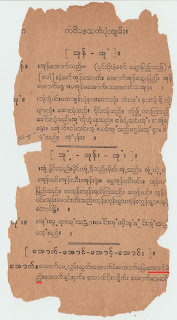