In Myanmar pregnancy test is mandatory for female student protestors 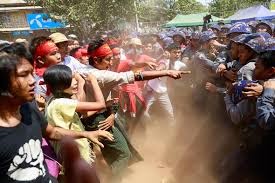 On 10th March, 2015 in Myanmar, police beat the students, the monks and the journalists with batons as they demanded for a new education law. Among the detained were young female students. One of them after released gave an interview to Burmese language radio that they were ordered for urine pregnancy test.

Likewise a week ago when the students and the supporters staged a demonstration in front of the Yangon City Hall, the pro-government thugs used social media to portray that a fainted young girl was pregnant. However when a female army officer got fainting attack at the grand ceremony on the Independence Day on 4th January this year the people of Myanmar showed sympathy on her.

In that cursed country, the doctors like other all professionals are bound to follow not only Hippocratic Oath or any code of conduct but also to the orders from the authorities. Otherwise they will be in trouble.

To belittle and defame the dissidents, since the military regime, the authorities use various techniques and methods. For instance a wife of an elected Member of Parliament of 1990 election was accused as a thief at Monywa court though there was no item stolen anywhere.

Daw Aung San Suu Kyi was appointed the chairwoman of the Committee for Rule of Law and Tranquility by Pyithu Hluttaw (Lower House) on 7th August 2012. She and the committee have no authority to implement or to point out for rule of law at all. No tranquility either.

The human rights commission was appointed by the government and headed by the one who has been defending all gross human rights abuses committed by the previous military junta at Geneva. The women organizations linked to the government keep silent on the atrocities and discriminations against female students and workers who are involved in anti-government protests.

Being an online medical consultant, I was asked whether pregnancy test is mandatory for such girls arrested in such demonstrations. The fact is that the professional recommendations are of no use in Burma for decades. It is apparently true under U Thein Sein's government.

For Burmese doctors they are luckier to be blamed than Myanmar Police Force as EU trained police shot dead a woman protester at Letpadaung copper mine, beaten discriminately the unarmed protestors in Rangoon, and destroyed a Red Cross vehicle in Letpadan. 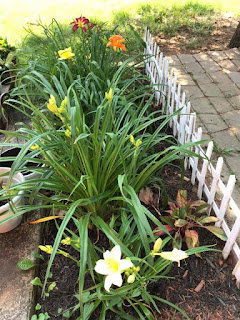